Code World is one of the fanon worlds in Future Card Buddyfight: Dystopian Duels, made by SOULARCHER20, themed on technological monsters that come from computers. Code World's card frame has a circuit board design alongside a binary code.

When the Great Cataclysm took effect, the world's digital technology became corrupted by the unknown energies and incarnated into new cards. It is said that when these cards combine, a powerful code can be created which possesses unlimited power. Because of this, many different cards disappeared into a dimension within the internet called Cyber Space, where Code World was born within. But that only became the source of motivation for survivors, who trained their hacking skills to try and breach the unknown world to acquire the power for themselves.

Following the world's theme on codes and computers, Code World involves a "follow the program" theme. The world's primary playstyle is to utilise effects that manipulate attacks in a form where the player can freely attack their opponent while limiting their opponent's attack choices. This references how programs can only follow the codes that have been programmed into them.

The world's current and only attribute so far, Cyberce, utilise this playstyle to their full extent by using field swarming techniques to maintain additional resources while reducing their opponent's. They utilise special defensive techniques such as forcing link attacks or manipulating the opponent's cards, while stronger Cyberce monsters often send the weaker monsters into their soul to maintain a balance in both offense and defense. 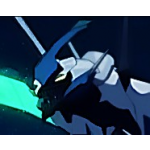