Psydragon is an attribute currently found in Star Dragon World and Lost World.

Psydragons in Star Dragon World focus on retrieving other Psydragons and the Lost World flag card quickly, so they send many cards from the top of the deck to the drop zone at a time. Some Psydragons also have effects that activate when a certain number of cards are in the drop zone. Psydragons often have high defense values, so the player can stall long enough to get all the pieces he or she needs to activate Belost and finish the game.

Psydragons in Lost World rely on deleting the opponent's Buddy, and activating effects if your opponent has a deleted Buddy. As they are Lost, they are much stronger than other monsters, and their effects can sometimes devastate the opponent. 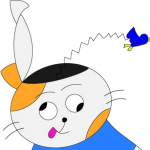